As the Middle East is now trying to make their economies more diverse, Saudi Arabia has recently shown its interest to attract 1.6 trillion riyals (nearly $429 billion) in private sector investment over the next 10 years for a landmark infrastructure and industrial program as part of its economic diversification campaign, Energy Minister Khalid al-Falih declared Saturday.

As per the Minister they would channel investments through the National Industrial Development and Logistics Program, which was established under Saudi Crown Prince Mohammed bin Salman’s Vision 2030 program. And the program aims at diversifying the kingdom’s economy away from oil reliance and creating private sector jobs for Saudi nationals.

A more detailed announcement of the proposed investment would come on Monday. And the complete report will reveal projects worth 70 billion riyals in the energy, mining, industry and logistics sectors. He termed the plans as “ready for negotiations” and added that $50 billion in further projects related to the military, chemicals and small businesses would be announced at a later, though he did not specify any dates for the same.

The country’s transport minister said the program also would include 60 logistics initiatives including five new airports and 200 kilometers (124 miles) of railroads.

“It is quite ambitious, but it is over 10 years, so we have the time to do it,” al-Falih told a media conference.

He also added that the Government is aiming for both domestic and international investment. And he also said he expected a “huge contribution” from the private sector internationally but that authorities “would leave the bigger share for the Saudi private sector.”

It is for the first time in a decade in 2017 Saudi Arabia’s economy shrank as headwinds created problems for the private sector.

Businesses in Saud Arabia have struggled to deal with higher electricity and fuel prices and a 5 percent value-added tax (VAT) introduced at the start of the year. Unemployment also was hovering just over 12 percent last year, which was at its highest in the previous decade.

And Saudi Arabia’s budget for 2019 will be the largest ever as the Government aims to increase spending to boost growth amid lower oil prices.

“Although there may be some global headwinds that are affecting some investor appetite, I’m confident with the right structure that we have, regarding launching these new programs, that foreign and local investors will be coming into these programs,” Saudi Transport Minister Nabil Al-Amoudi told CNBC on Monday.

“The kingdom has been open for business throughout its history, and we continue to be open. The kingdom is here for the long-term (and) investors who look at the long-term will find good opportunities,” he added.

It is believed that Foreign Direct Investment will play an essential role in realizing the crown prince’s Vision 2030 ambitions. But, FDI in Saudi Arabia is falling since 2008. In 2008, Saudi Arabia saw a high FDI of $39.5 billion, and in 2017 it was mere $1.4 billion, according to a report by UN.

There are multiple challenges like skills shortages and lower oil prices, as well as growing international concern over the unpredictability and repressive tactics of the kingdom’s mighty young crown prince, Mohammed bin Salman.

When asked about the lower oil prices’ effect on the plan of investment, Al-Amoudi replied: “Not in the short-term, no.”

He said, “I think it obviously puts constraints on the budget, but that never means we are going to be expanding as much as we can, even in a low oil price environment, we still see that we can do a lot with what we have.” 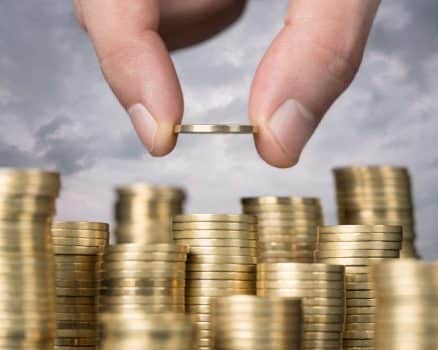