The United States federal reserve held the interest rates very steady, in during the formal policy shift vowed to be patient in further lifting the borrowing costs. This is the clearest signal that the United States Federal Reserve has given since the tightening cycle it began in 2015.

Pointing at the rising uncertainty about the United States economic outlook, Federal Reserve Chairman Jerome Powell said the case for raising rates has “weakened” and, in another statement, the US central bank has dropped its previous expectation for “some further” tightening.

The Federal Reserve has also shifted to a more peaceful stance on its ongoing shedding of assets, claiming that it was ready to adjust its plans based on financial and economic developments.

Jerome Powell when talking to reporters after the end of the Federal Reserve’s latest two-day policy meeting, told that the central bank would likely stop trimming down its $4.1 trillion balance sheet sooner, leaving it with more assets than what was previously expected.

Jerome Powell said “The situation now calls for patience,” indicating to the prospect of further rate hikes. “I think it’s the right thing. I feel strongly that it is.”

Considered together, both the shift in rate hikes and balance sheet announcement was meant to convey the maximum amount of flexibility from central bank buffeted in the recent weeks by financial market volatility. These are signs of a global economic slowdown and a partial United State government shutdown that happened recently.

After the Federal Reserve statement, the US stocks added to gains with the S&P 500 index sharply rising 1.5 percent. On the other hand, the dollar and short-term yields value fell as investors measured an even lower probability of any kind of additional rate hikes in the near future. Also, the Market expectations of future rates fell further.

The contracts which are tied to the Federal Reserve ‘s policy rate continued to price about a one-in-four chance of a hike in this year whereas the contracts that are maturing in 2020 were signaling a very small but increasing probability of a rate cut.

The policy statement made by the Federal Reserve left its overnight benchmark lending rate in a target which ranged between 2.25 percent to 2.5 percent.

The US central bank stated that continued job and economic growth was identified to be “the most likely” outcome. But it removed the language from its December policy statement that risks to the outlook were “roughly balanced.”

The Federal Reserve rates raised four times last year including one in December, it then signaled it might do so twice more this year. However, the economic outlook has become more clouded as a result of volatility in financial markets and shows the sign that growth is slowing down overseas, majorly in China and the Eurozone. There are also fears that the 35-day partial shutdown of the United States government could crimp consumer spending.

In determining future rate hikes, the Federal Reserve’s rate-setting committee said “In light of global economic and financial developments and muted inflation pressures, the committee will be patient” in the policy statement.

The Federal Reserve has not made any change to the supposedly $50 billion maximum monthly runoff of the mortgage-backed securities and Treasury bonds. Some traders have stressed the Fed’s to halt its pullback from the bond markets. In a separate statement from the Federal Reserve, it has mentioned that it has decided to continue managing policy with a system of ample reserves, stressing on the fact that the rundown may end sooner than expected.

In a statement, Justin Lederer, Treasury analyst at Cantor Fitzgerald in New York said, “Overall this signals the Fed will not be on autopilot going forward.” The Federal Reserve ‘s policy decision was a unanimous decision. 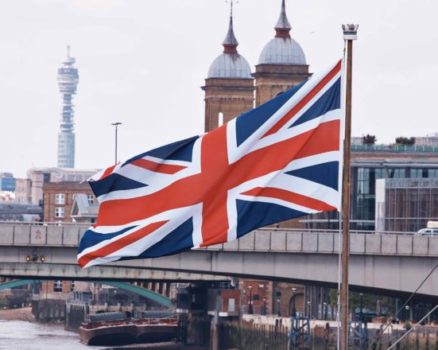