Global Infrastructure Partners [GIP] had purchased the infrastructure asset management business of IDFC in July; Now after five months, GIP has initiated the process of selling the road policy namely the Highway Concession One [HC1] in December. The push is part of the US grounded infrastructure fund manager’s realignment process, and there are already few investors who are interested and are standing in line.

Few investment companies are in an independent talk to purchase HC1 for the worth of around $700 million such as Global pension funds Canada Pension Plan Investment Board [CPPIB], National Investment and Infrastructure Fund [NIIF], Caisse de depot et placement du Quebec [CDPQ]. Report by the Economic Times. The primary term sheets of the CDPQ, CPPIB and India’s Sovereign fund NIFF have been submitted, and at present they are executing awareness, as per the source who informed it to the daily, further adding that the value of the portfolio’s book is finalized and is around $200 million worth.

By the company website, seven road assets are executed by HC1 consisting of five toll roads and two annuity roads which is spread across seven states. Following are the names of the roads that are across seven states- Ulundurpet Expressways in Tamil Nadu, Dewas Bhopal Corridor in Madhya Pradesh, Nirmal Bot in Telangana, Godhra Expressways in Gujarat, Bangalore Elevated Tollway in Karnataka, Shillong Expressway in Meghalaya and Jodhpur Pali Expressway in Rajasthan.

The dimension of the Route has been increased marvelously, ever since the beginning of the platform while in 2014, 45 percent of the CAGR the website had mentioned, further adding on that around 472 km of roads network collected the amount of Rs 620 crore regarding revenue during the last fiscal year.

The non –road platforms HC1 consists of renewable energy, rail freight terminals, and telecom towers although there were rumors during last month about GIC that GIC planned to monetize the roads platform for the first time because it was believed to be more mature and dictated that the investment bank Citigroup guide buyers equally.

Whereas the infrastructure and traditional private equity funds generally hesitated from the projects with a long evolution period such as roads, latest initiatives of the government have helped to build investor in the area. For example, consider the Hybrid Annuity Model for execution of the highway projects in which 40 percent of the project expenditure should be given by the government and the remaining 60 percent should be via annuity payments from the date the project is approved.

Apart from this, sources said that majority of the IDFC portfolio is in good shape as compared to other road assets which are for sale, so the interest is likely to be bigger. Infrastructure funds mainly invest at the beginning stage of the roads projects which have a higher execution risk, quitting as toll traffics rises. As the investors aim for annuity returns for the long term they sell it to the pension funds.

The increasing capital flow in the roads sector besides comes during a furious time of road construction operation. From the last four years of the Modi government, the constructions of roads have increased from 12 km a day during 2014-2015 to nearly 27 KM a day during the last fiscal. For the year 2019, the aim was to achieve 45 Km per day. In the road sector, the private equity [PE] investments had grown up to almost a decade high of $1827 million within September 2018, as per the information from the Venture Intelligence. From 2008 the value of per PE deal has multiplied to massive 1235 percent which has crossed over $228 million during 2018.

The asset monetization success is exercise within the Toll Operate Transfer [ToT] model which performed a vital part in this. The first auction of the National Highways Authority of India last year on dozens of project collected around Rs. 9681 crores. The government is aiming to increase Rs 2 lakh crore by using the ToT model within the next 5 years, whereas the reply for the second lot is of less excitement. 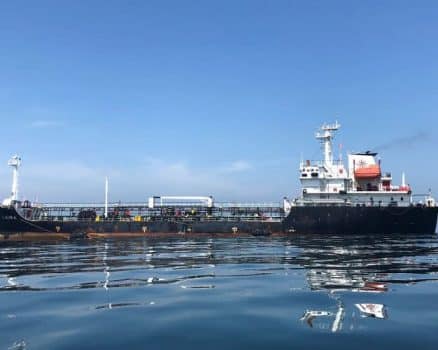