Microsoft Corporation met Wall Street’s expectations for its fourth-quarter results on Thursday but the growth of its most ambitious product, Azure, slowed down. Azure is one of Microsoft’s most ambitious products, meant to compete with the market leader Amazon Web Services, in the cloud product category. According to the latest earnings report, the sales growth of Azure has not grown at the same rate as last year, and that has triggered a selloff in the Microsoft stock.

Microsoft, which remains one of the most valuable companies in the world, fell as much as 3% following the earnings announcement. In this regard, it needs to be pointed out that the company met its earnings targets and in fact, marginally beat the earnings per share estimates of analysts. The company had been known for its Windows software for decades, but with Azure, it seeks to get a foothold in the cloud market and take on the market leader, Amazon Web Services. Last year, Azure sales had grown by a whopping 98% in the fourth quarter, but in 2018, the same figure stood at 76%.

In the recent past, Microsoft has picked up a lot of business from a range of industries, but it is the retail industry which has proven to be the biggest customers for Azure. Members of the retail industry are trying to keep up with Amazon and Azure seems to be an important tool for the biggest names in American retail. In January of 2019, Microsoft inked deals with Kroger and Walgreens Boots Alliance. In addition to that, the company has also entered into a long term agreement with retail giant Walmart Inc.

Chief Executive of Microsoft, Satya Nadella spoke about the company’s cloud business in a statement yesterday. He said, “Our strong commercial cloud results reflect our deep and growing partnerships with leading companies in every industry including retail, financial services, and healthcare.”

The company has gone big on its cloud product bet, and the spending on the latest technology rose significantly. In the same quarter, Microsoft spent $3.5 billion but a year earlier but the costs ballooned to $4.1 billion in the latest quarter. An analyst with Wedbush Securities explained how this might have affected the company’s upside in the latest quarter. He said, “Clearly the company is spending aggressively to double down on its cloud bet, a dynamic that is a smart move but caps margin upside in the quarter.” 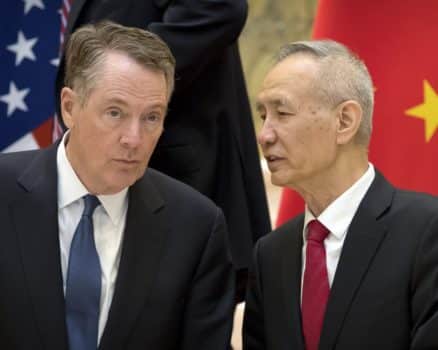