The news of a deal with American Lawmakers which deflected another Federal government shutdown caused the markets to rise. The stocks in the Asia-Pacific region as well the Japanese stocks ended higher as the Yen dropped and US equity futures increased.

The dollar remained high, and the trading reached its highest since January. The dollar has now recovered from most of the losses it incurred during the time Federal Reserves rate cuts which started this year. Additionally, the US futures also gained after US President Donald Trump did not show any immediate reaction on the deal with the legislators on the government funding of the proposed wall on the US-Mexico border. Also, President Trump speaking in a rally said that he does not want China to have a ‘hard time’ as the trade negotiations are on over the trade dispute with the second largest economy in the world.

Due to all these reasons, the dollar has gained and has rallied the longest since 2016 January. It has now recovered from losses even as central banks across the world are taking measures to reduce rate cuts and are showing more patience and have reduced monetary tightening when compared to a few weeks back. The West Texas Intermediate, WTI crude recovered from its two week low.

Investors are waiting for the outcome of the trade talks between China and the US and hoping for its success. Jason Vaillancourt, co-head of Putnam Investments in an interview said that ‘The trade talks are the key. If we can get a little bit of those growth engines starting to level out around the world, whether it be Japan or Europe and just bottom out, then I think that will go a long way to putting a base under risky assets’.

Meanwhile, in the other markets, the Japanese 10-year bond yields were still in the negative despite a cut on purchases of some long term bonds by Bank of Japan on Tuesday. This is happening for the first time as a regular operation since July last year. The bank is more focused on yields rather than quantity and with that intention has reduced its purchases.

The Australian and the Hong Kong shares saw a modest increase; yuan stabilized after a drop on Monday. The European futures opened modestly and the Shanghai benchmark also increased. 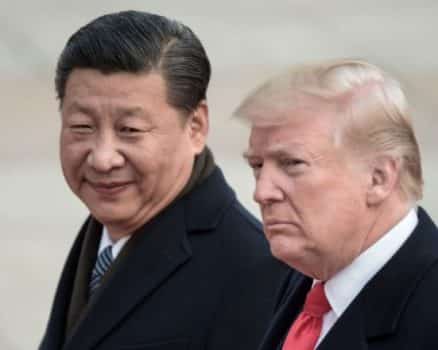