In 2009, Bitcoin was brought into existence by an anonymous developer known as “Satoshi Nakamoto” and from there; it was termed as the first and the original cryptocurrency. Bitcoin permits people to send and receive funds without intermediaries; it is known as the centralized payment system.

One of the Bitcoin enthusiasts, John McAfee comes up with the price prediction; and recently became more optimistic and declared that Bitcoin price might reach around 1 million USD by the year 2020. Apart from this, other altcoins like MTC and Apollo could rise 10x and more, as said by John. Recently he noted that his Bitcoin prediction of 1 million USD was just a pretense.

CEO of China’s first exchange, BTCC, Bobby Lee remarked that it might take 20 years for Bitcoin to reach 1 million USD. He also said Bitcoin might recommence from late 2020 and might reach 333,000 dollars in 2021 and then go down to 41000 dollars in 2023. He further enumerated that the market capital could reach 7 trillion dollars, that might overtake the market cap of gold and Bitcoin would establish global liquidity and price stability in the forthcoming years.

Ex-chief equity strategist JP Morgan and co-founder and head of research of Fundstrat, Tom Lee says, after the Bitcoin halving event which is expected in May 2020; Bitcoin would deliver 100 percent returns to its investors in the year 2020. Recently, he predicted that Bitcoin’s short-term potential might hit a long-lasting hight of 27000 dollars by summer 2020.

One of the well-known venture capitalists, Tim Draper predicted that Bitcoin might go up to 0.5% of the cryptocurrency market by 2023. Also, he is optimistic that the Bitcoin price would grow up by 250,000 dollars by 2023.

Analyst and one of the authors at Bitcoinist.com, Osato says that Bitcoin prediction will be based on the 2020 Bitcoin mining reward which will be halved from 12.5 BTC to 6.25 BTC.

By 2022, Bitcoin can go up to 32000 dollars given the developments are stable. Further, Bitcoin price prediction states that the Bitcoin price will go for long-term 385.450281 percent in the price value of Bitcoin considering a 5-year investment; which means by 2025, Bitcoin price might be anticipated at 50044.6 dollars.

In the Future, Bitcoin can take the crypto industry to a whole new dimension altogether. As per analysis and predictions, Bitcoin is wrapped up in number-one position without any competition; slowly Bitcoin might be taken as a store of value along with being taken as an alternative currency. By 2025, Bitcoin can be adopted more by people in real-time and its use case will be increased; which will make the cryptocurrency even more strong and powerful. You can also invest or trade-in Bitcoin. Bitcoin Trader is one of the automated trading platforms which can lead you to a good amount of profits. Visit bitcointrader-review.com to know more about this trading platform. 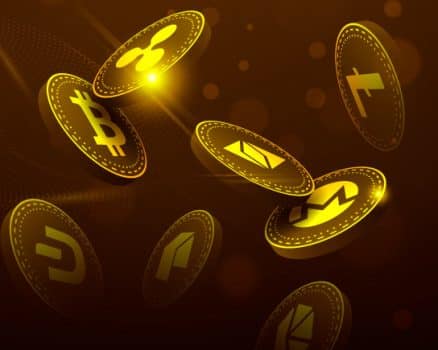