An Italian bankruptcy court has ruled that Francesco Firano, CEO of the defunct cryptocurrency exchange Bitgrail, is personally liable for losses incurred in the exchange’s early 2018 NANO hack. Bitgrail had recently faced this second class-action lawsuit and seemed to have found no relief.

Previously, the court ordered the seizure of BitGrail’s crypto wallets. The funds within them are now moved to custodial accounts. These funds will be redistributed to clients who lost funds. Firano’s personal assets are probably on the line as well. Authorities have so far seized approximately $1 million in assets from Firano; this includes his personal vehicle.

The Italian bankruptcy court made the crucial decision after revealing that multiple NANO hacks had actually occurred throughout 2017. Bitgrail should have immediately reported about the losses to the public, but they chose to wait until February 2018 to tell anyone.

According to the victims’ group: The Court criticized Mr. Firano for not immediately taking steps to account for the losses. By waiting to make the shortfall public, Mr. Firano caused the public to suffer substantially larger losses. In July 2017, 2.5 million NANO was valued at approximately $250,000 (1/100th of the value it had in February 2018 when Mr. Firano went public). As for the mechanics of the loss, the Court concluded that the exchange had failed to implement any meaningful safeguards to ensure the “idempotency” of NANO withdrawals…

During the bankruptcy proceedings, it was revealed that Firano tried to cash out prior to informing the public of his exchange’s losses. He even tried to sell as much as 230 BTC and get it into cash before the public was aware of the NANO hacks. This and other actions were undertaken by him make Firano personally liable.

“The Court disclosed that the Italian Criminal Prosecutors, who have been investigating Mr. Firano in connection with his operation of Bitgrail, reported to the Bankruptcy Court that between February 2nd and February 5th, 2018 — days before Firano would make his public announcement about the 17 million NANO loss — Mr. Firano had deposited a total of 230 Bitcoin (approximately $ 1.8 million) in a personal account on a BTC-EUR cryptocurrency exchange called The Rock Trading. Mr. Firano had also attempted to make withdrawals from ATMs linked to his Rock Trading account.”

Additionally, some attempts were made by Firano to get people to agree not to attempt legal action against BitGrail. In one such attempts, a special program was initiated that would offer withdrawals in exchange for signing waivers of liability. Though a few agreed to these terms, the bankruptcy court has overruled such agreements.

An unverified legal document published by the Victim Group’s leadership read: BitGrail and Firano argued that they had taken all reasonable actions, and that the developers of the Nano Team ought to be held liable for the missing currency, since the cryptocurrencies had been taken by exploiting the vulnerabilities of the Nano code, so much so that the developers, following the complaint by Firano, had released an updated version of the software to remedy such problems.

Currently, the class action suit against Nano and BitGrail is ongoing. However, BitGrail is officially bankrupt, and this is bound to alter the dynamics of the case. The lawyers for the victims can seemingly raise as a creditor on the assets of BitGrail. 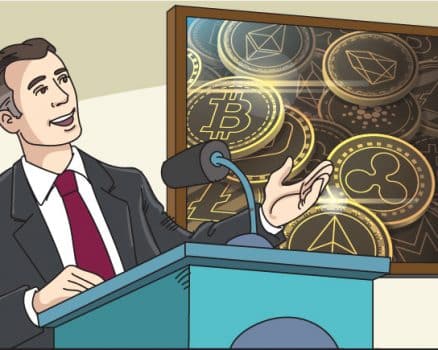