The Japanese automobile giant Honda is expected to announce the shutdown of its plant in Swindon. This would prove to be a devastating blow to its 3500 strong workforce, and also the hope of Ministers that the UK shall remain a manufacturing hub even after a no-deal Brexit. The company could announce a closure plan in this week itself.

This is probably the biggest blow yet to the British automobile industry in the United Kingdom. The site in Swindon is the country’s fourth largest automobile manufacturing plant, situated about 80 miles from London. The plant currently employees over 3,500 workers and is a production center for Honda Civic hatchbacks are made. The facility will be closed in 2021, a company official said on Tuesday morning. Honda is also expected to discontinue production of Civic sedans at its facility in Turkey.

The United Kingdom has been a Japanese automobile manufacturers hub for European markets for a very long time. The big Japanese companies like Honda, Nissan Motor Co., and Toyota Motor Corp. own the country’s six largest automobile factories. The global demand and newer technologies have become more expensive. Hence, automobile players in Japan and around the globe are under serious pressure to curb spending.

Brexit adds fuel to the fire of uncertainty, which makes investments strategies even more difficult, earlier this month Nissan ditched plans to built the X-Trail sports utility vehicle in Sunderland citing uncertainty over the U-UK trade post-Brexit. However, Honda CEO Taka Hero Hachigo has said that the UK’s withdrawal from the European Union isn’t one of the reasons for the company’s move. The reason cited for the shutdown is Honda’s accelerated commitment towards electric cars in response to unprecedented changes in the global automotive industry.

Nonetheless, Brexit remains an important factor for slowing demand in Europe. However, other major markets including China are declining too. The US trade conflicts with China and European countries have also increased import duties for automobiles exported from Europe. Hachigo informed reporters in Tokyo about Honda’s plans to import electric vehicle to Europe from Japan and China. Despite all this, the company’s European headquarters will remain in Britain. Honda will also boost production of the Civic for North America, out of which 55% of the models will be made in the UK.

Recently, Japan entered into an Economic Partnership Agreement with the European Union on 1st February. The agreement ensures that the EU’s 10% tariff on imports of Japanese automobiles will be brought down to zero throughout the next 10 years. The treaty has made it easier and pocket-friendly for Japanese automakers to localize production at home for exports to the EU. However, if the United Kingdom leaves with a no-deal Brexit, WTO tariffs will be applied to the UK. This will make exporting cars manufactured in Britain more expensive to export than those produced back home.

The automobile industry is not the only one from Japan that has plans to shift business in other EU countries. Sony Corp. has registered a new company in the Netherlands late last year and is looking to combine its operations with UK business before the Brexit deadline. Similar steps are also being taken by Panasonic, Mitsubishi, and Nomura Holdings. 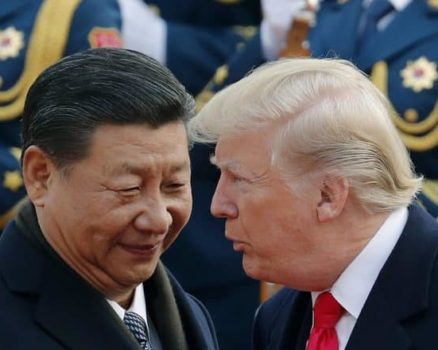