In a development that further proves that distributed ledger tech and blockchain are on their way to going mainstream, a new bill has been introduced by Washington State that seeks to bring blockchain-enabled digital signatures under the legal ambit. The bill, SB 5638, has enumerated new definitions for both blockchain and distributed ledger technology. These definitions would then help in creating the legal framework that is necessary to enforce standards in blockchain space. The bill was introduced on 25th of January and has since, predictably, created a buzz. The bill would be added as a provision of the Washington Electronic Authentication Act (WEAA) following an amendment.

As of now, the provisions of the WEAA help in providing legal sanctity to digital signature, particularly in transactions that need reliable electronic messages. The new bill will bring blockchain and distribute ledger technology under the same act. To that end, the new definitions have been created. According to the bill, blockchain is defined as, “‘Blockchain’ means a cryptographically secured, chronological, and decentralized consensus ledger or consensus database maintained via the internet, peer-to-peer network, or other similar interaction.”

On the other hand, distribute ledger technology is defined as ‘Distributed ledger technology’ means any distributed ledger protocol and supporting infrastructure, including blockchain, that uses a distributed, decentralized, shared, and replicated ledger.” In this regard, it is important to note that Washington State might not exactly be Silicon Valley, but it remains a thriving and successful tech hub. All 4 of Facebook, Google, Amazon, and Microsoft have a prominent presence in the state, with the last two having their headquarters in the state. Hence, it is not a surprise that the blockchain space has also seen significant growth over the recent past and the latest bill will only go a long way in making life easier for blockchain and DLT developers in Washington.

While it is great news for blockchain companies based in the state, it is also part of a wider trend in the United States as new bills are being introduced in several states. Some of those bills, like those passed in Ohio and Arizona, are federal bills. It further emphasizes that sort of future that lawmakers and tech researchers see in blockchain technology. On the other hand, the legitimacy of the tech involved with DLT is now beyond doubt, and in the years to come, it is well placed to become a bulwark of the global payments infrastructure. 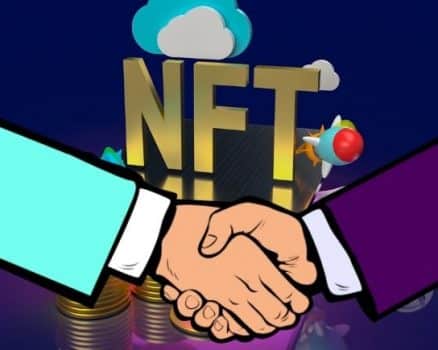