Cryptocurrency and initial coin offerings are being studied in various foreign regions. This study is initiated by SEBI which is the regulator of the market. SEBI’S officials are visiting different countries to study. This initiation will help them in knowing how cryptocurrency works and what mechanism it uses.

Initial coin offering in the stock exchange is the same as initial public offering and cryptocurrency is a decentralized digital currency. In SEBI’S report of 20017-18 that is conducted annually, they said that they had arranged different tours to the UK’s Financial Conduct Authority, Japan’s Financial Services Agency and Swiss Financial Market Supervisory Authority that will be concentrating on studying cryptocurrency and initial coin offerings.

When SEBI made their announcement, they said that it was time that India also become equal to other countries concerning digital currency trading. RBI did the decision to send the officials only after taking a close look at how international regulators dealt with digital assets.

Apart from this in the past budgetary, SEBI has also organized quite a bit of international organizations that included delegation of ministerial powers and regulatory bodies and business. This would help them in engaging with foreign regulators and get a deeper insight into the working of digital currency and its mechanisms.

The Securities and Exchange Board of India further said that “These meetings foster deeper levels of cooperation, facilitate a better understanding of the Indian securities market and facilitate further collaboration with visiting institutions.”

In order to study the framework that is already available with respect to digital currency, the government was already composed of an inter-disciplinary committee whose chairman was Subhash Chandra Garg. He was the secretary of the department of economic affairs. Apart from this the committee also comprised of a chairperson of SEBI, Ajay Tyagi and BP Kanungo who is the deputy governor of Reserve Bank of India.

RBI had warned the Supreme Court in the past saying that if people were allowed to make deals using cryptocurrency such as Bitcoins, it would lead to doing transactions that were not legal. Following which an issuing of circular was done that said use of digital currencies is prohibited.

On noticing the ban people who had invested in cryptocurrency filed a complaint against it, however, the Supreme Court did not lift the ban that was issued by RBI again cryptocurrency trading. 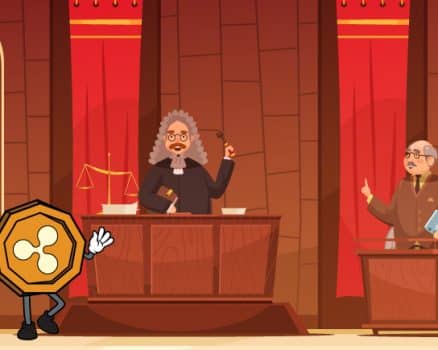